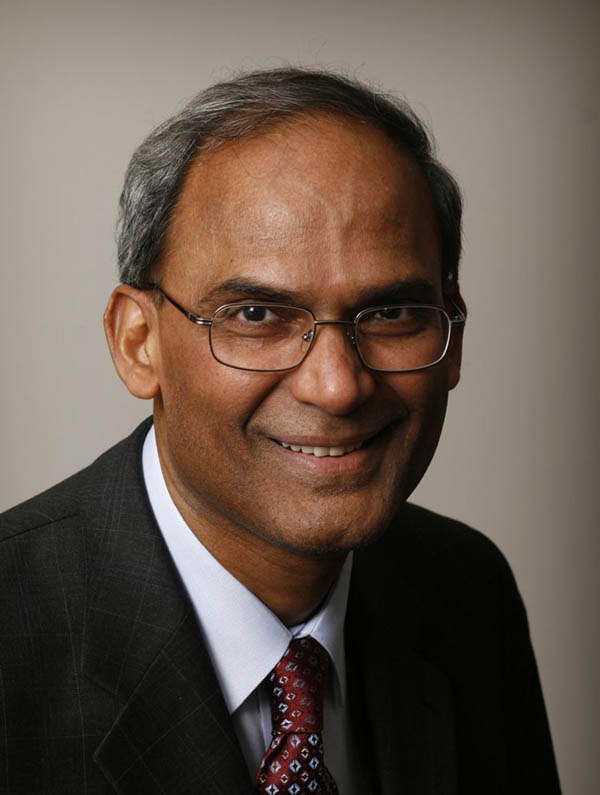 Rao Musunuru, M.D. was born and raised in a small rural farming village in South India, with no electricity and went to the city at 16, to attend medical school.

He legally emigrated to the United States in 1976 with his then pregnant wife, $250 and two suitcases full of personal belongings. Rao received post-graduate medical training in New York City for five years. He chose cardiology because this specialty is truly at the heart of medicine.

Dr. Musunuru relocated in 1981 without knowing a single person in Pasco or Hernando counties. He was instrumental in transforming a 50-bed rural hospital into a 290-bed Heart Institute at Bayonet Point/Hudson Regional Medical Center that received recognition by U.S. News and World Report as one of the top 50 in the nation, which put Pasco County on the map for World Class Medical Care.

Dr. Rao Musunuru has been an active American Heart Association volunteer since 1979, serving as Florida Affiliate President in 2002-2003 and receiving National Chairman’s Award in 2003, National Physician Of The Year award in 2005 and National Voluntary Advocate Of The Year award in 2007 in recognition of his “outstanding and longstanding efforts to reduce disability and death from cardiovascular diseases at state and national levels.”

He has received Outstanding Citizen Of The Year award from West Pasco Chamber of Commerce in 2008 and crowned as King Pithla of Chasco Fiesta in 2010 for being a Committed Community Volunteer.

A tribute was entered in honor of Dr. Musunuru into the Journal of the House of Representatives, State of Florida (House Resolution 9213) on May 4, 2005 and also into Official Congressional Record during the first session of the 112th Congress of United States on 01/06/11, for his endless dedication to serve humanity.

Rao received Pride in the Profession Award from the American Medical Association in 2001, Physician Humanitarian Award from Florida Medical Business in 2003, Everyday Hero Award from Bay News 9 in 2005, Florida Board of Medicine Chairman’s Recognition award in 2006, Lifetime Achievement Award of Tampa Bay Business Journal’s 2007 Healthcare Heroes, Outstanding Physician Award presented by the President of the Florida Medical Association in 2010 for his passion and compassion for patient care.

Dr. Musunuru is recognized by the Education Commissioner of the state of Florida for his volunteer work to support homeless students in 2012 and received Southern Regional Trustee Leadership Award from National Association of College Trustees in 2013 for his innovative work having served effectively on the board of trustees for Pasco-Hernando Community College since 1999.

He received the 2008 Point of Light Award from the Governor of the State of Florida for outstanding volunteerism and community service and Frist Humanitarian Award from Health Corporation of America in 2008 and 2009. Rao was named Paul Harris Fellow by Rotary International in 2009 and 2010. He received 2012 Philanthropist Of The Year Award from Association of Fundraising Professionals, Nature Coast Chapter and the Community Foundation of Tampa Bay. Dr. Musunuru was honored with the Service To Seniors award from Florida Council on Aging in 2005 and All Time Top Donor Recognition from CARES.

He was honored by the Proclamation by the Pasco County Commission recognizing February 1, the first day of “Heart Month,” as “Dr. Rao Musunuru Day” in perpetuity—the first of its kind in the history of Pasco County.

Dr. Musunuru serves on many local boards for charitable organizations like Lighthouse for the Visually Impaired and Blind, Pasco Homeless Advisory Board, West Pasco Historical Society, CARES, and Good Samaritan Free Health Clinic, to help the vulnerable-the young, the elderly, the poor, the sick, the hungry, the homeless, disabled, disadvantaged and indigent through his constant caring and sharing.

He has served the scientific and research community as a Council Member for National Heart, Lung, and Blood Institute at NIH and on the National Leadership Committee of the Clinical Cardiology Council of the American Heart Association.

Dr. Musunuru continually serves the community at large by teaching and preaching through his medical, social, and philosophical guest columns in major newspapers—including the Tampa Bay Times—and lectures stressing the importance of proper prevention and prompt intervention for people to live longer and stronger.

In addition to generous donations to many worthy community organizations, Dr. Musunuru has personally given, and secured, millions of dollars to support important college initiatives and provide countless scholarships to deserving district students.

Rao Musunuru, M.D. is married to Prameela and has one son, Kiran Musunuru—an internationally renowned and accomplished cardiologist in his own right.

Dr. Rao Musunuru, who has called Pasco County his home since 1981, was instrumental in transforming a 50-bed rural hospital into a 290-bed Heart Institute at Bayonet Point/Hudson Regional Medical Center. He has received numerous awards and continually serves the community at large through education and philanthropy.